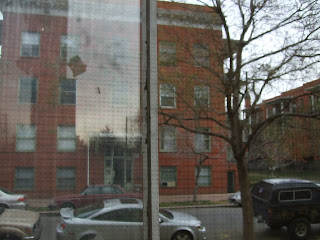 The current interaction taking place across the street, inside an apartment.

For all the Kenna lovers. For all those of you who don't get to see her as often as you once did. Eat your heart out. Twice a year (now) Kenna gets her all her hairs cut. Because she has a lot of them. Because I don't want vacuuming to be a permanent life hobby. Because she looks so cute, like a puppy. 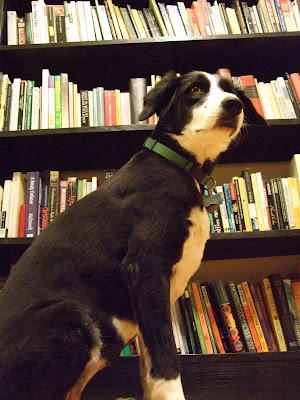 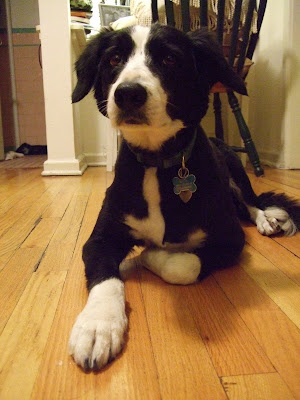 She loves getting her photo taken, can't you tell... look how much she loves me - it's like she can't wait for this crap to be over. Total panic had set in by that point. She is terrified of the camera. Hates it. Runs to different rooms or parts of the house when the camera is taken out. Loathes the camera. HA! I love this photo, she's so unhappy about the situation. 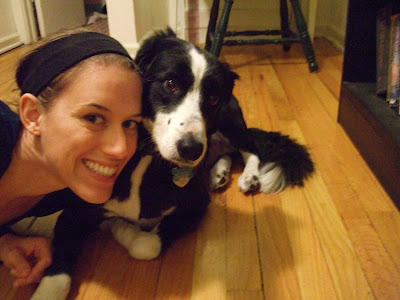 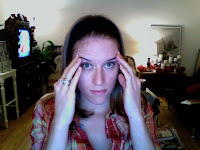 It usually hits me - about this time, and I have the sinking feeling, that I may, possibly, never make it out of the semester alive. The panic of the enormous load of work ahead, coupled with the very short amount of time allotted to complete it, creates a sick feeling in my stomach. And that in turn creates procrastination, which in turn, creates the sick feeling in my stomach.

My face fears that it may be permanently bathed in blue tinted light, because, until the second week of December, I will most likely spend every waking moment staring at this computer screen, hoping that some brilliant idea morphs itself into a coherent paper. And there will, no doubt, be more waking hours than sleeping hours before the storm that is finals passes over - the ominous dark cloud that it is. Maybe I should put some lambs blood on my door... Don't laugh.
AND THEN. As if to play some cruel, cruel joke, they (the powers that be) require that you (the minion), during this overly horrible stressful time, pick out your classes for the following semester. Because, seeing that this is possibly the point in your semester that you would NOT like to think about ever coming back to this institution ever again - they (the powers) have decided that it is the opportune moment to suck you in for another round. Why? Because-you-have-no-choice. They, have the carrot. You, fool that you are, are carrot-less. Damn carrot. And then you (minion), think about taking 18 credit hours. Which causes the panic to flow more fluidly. And then, you (the minion, least you forget), thinks about the fact that you will be taking summer classes. It's never-going-to-end.
Better be one hell of a carrot is all I have to say. One HELL of a carrot.

"That rug really tied the room together." 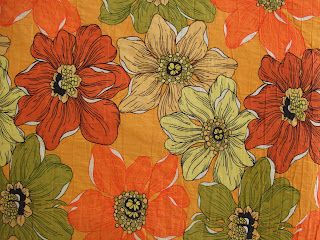 So much sarcasm, you say. Well. I've got nothing for you. Some days are up days and some days are not. This is of the not. School has been far better this year than ever before. But there are still days that I feel like I'm on the hamster wheel of life. Me. Hamster wheel. Life. I still question why I'm doing this. I still question the point. I question my questioning. I question my direction, or lack of direction. I question if this is simply to fulfill the requirements of American bourgeois society - to fit in. And it is. And it's not. Gray. That's my life, unclear. Still. At some point I think I believed that my life would eventually, out of a pure freak accident, line itself up, and tow some sort of line. Thus far, I've encountered lots of freak accidents (most of which caused by yours truly) and am still awaiting the towing of any line, even a broken line - dotted, Hey, I'm not picky.
It has been a depressing week of films, which may account for my less than jovial attitude. Requiem For A Dream, The Swimmer, and Raising Arizona. All of which were preceded by 4 months, 3 weeks, 2 days, and Ghost World. Also, I am in an intensive course dealing with African American Literature - and sometimes it just all piles up on me. Not the course work, although it's hefty, but the complete and total shit that goes on, and has gone on, and will continue to go on. I don't feel hopeless or even helpless, just it-is-so-much sometimes.
Tuesday was beautiful. Indifferent to who you voted for, you can't deny the beauty of the evening. I sat with a friend and watched as the votes rolled in. Afterwards, people on the street were honking their horns, and whooping, and hollerin' and setting off firecrackers. I've never experienced so many people, so many Americans, excited and moved by politics. It was awe-inspiring. I also got to hear the voice of our friend who is over in Kenya - who I was missing, and wishing she could be here with us. Watching and listening to Americans celebrate their President-Elect was redeeming, as was watching people all-over-the-freakin'-world celebrate with us.
It is nice, at least for a moment, to not feel hate bearing down on us from all sides of the globe.
pictured: Our bedcover, not a rug.

Miss Scarlet, In the Dining Room, With The Knife. 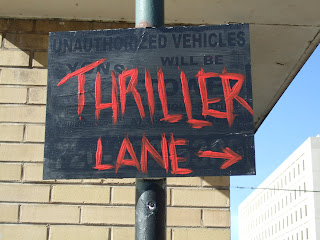 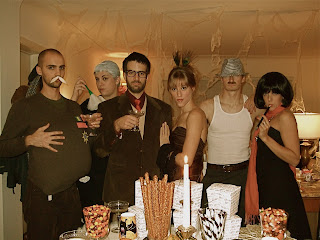 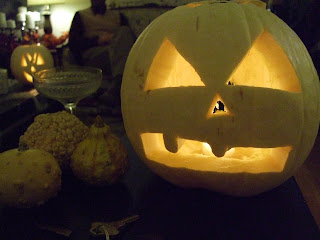 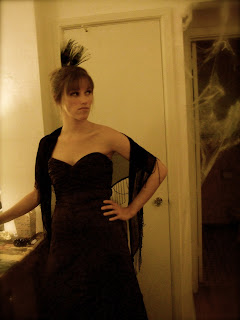 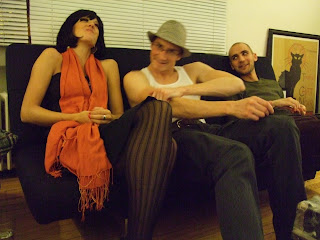 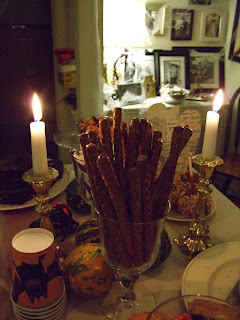 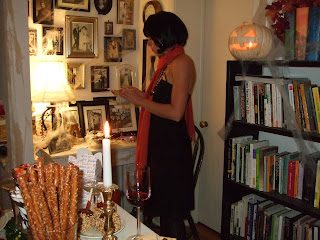 Posted by Jules Oldroyd at 1:11 AM 4 comments